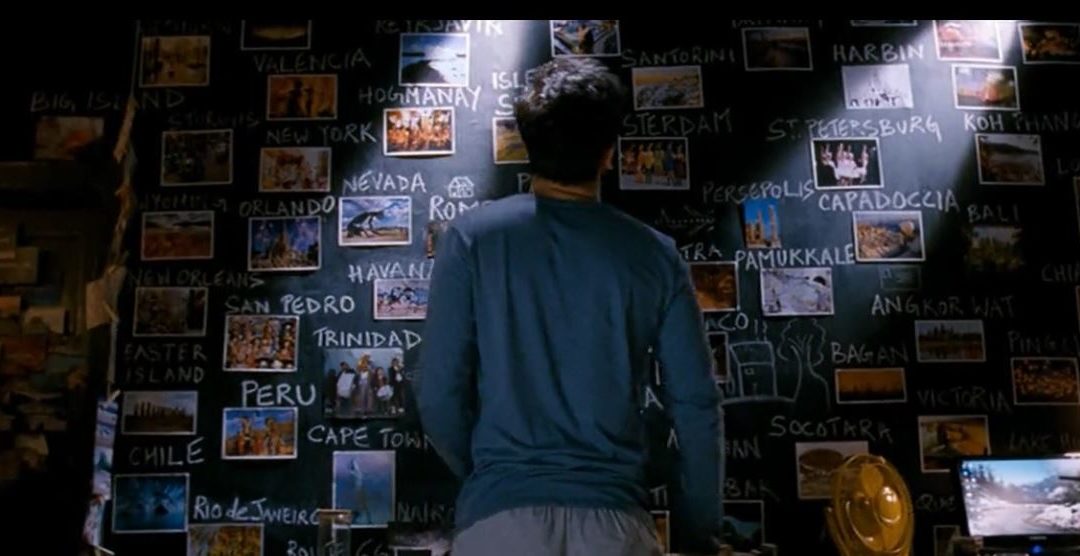 We often see people travelling to amazing places and post their pictures on various social medi platforms. These pictures either make us jealous or gives us travel goals. Here are a few celebrities who travelled to different places and gave us major travel goals.

Happy first anniversary my love. @mira.kapoor you are my sunshine.

Setting relationship goals since the very beginning of their marriage, Shahid and Mira were captured sharing their intimate moment during their first anniversary in a European backdrop and give all the newlyweds major travel goals. Who said you could only have one honeymoon, eh?

If you’re too worked up and are planning a solo trip, Ranveer Singh is your go to guy! Taking a hot bath while being surrounded by snow-capped mountains. Now that’s what I call Living life King size!

This silver screen hottie was recently spotted at Maldives while she went undersea diving and jet skiing, flaunting her flawless body and skin!

Between the devil and the deep blue sea , I am happy to pick this particular handsome devil #HappyBirthdayMrK #BigDay

The super wife surprised her husband, Akshay Kumar on a yacht in the middle of the ocean on his birthday last year. Take note ladies, traveling could bring the adventure back into your life!

Hrithik Roshan is often spotted spending time with his kids but setting up a camp on the top of a mountain to have some quality time with his sons is exactly what makes him a winner in the star parent race!

#Honeymoon #Boat #Breeze… A perfect recipe for #TitanicPose! How could we not do it!

A post shared by Divyanka Tripathi Dahiya (@divyankatripathidahiya) on Jan 3, 2017 at 3:42am PST

The newly married daily soap beauty couldn’t stop herself in recreating the titanic pose with her husband while on a boat in the Thames river of London! The location can undoubtedly get any couple romantic.

If you love life, then life will love you back! #everydayphenomenal #rainbowsandbutterflies

The Bollywood princess was captured by her boyfriend, Anand Ahuja having a gala time in the snow-covered hills of Altausee! This picture brings out the kid in her as she experiences a warm sunny day in the snow. She is giving all of us major travel goals.

Lets’ exercise kids… in the sea

Malaika Arora khan, the fitness guru that she is, got her kids to do yoga in the sea while on a holiday in Maldives! Now, who could have thought of that?

Big one on my #bucketlist #tick ❤️ finally embraced the affections of #tigers ❤️ always wanted to meet one up close…always had the deepest love n respect for this #beautiful #graceful #cat ❤️ #holiday #moments #Thailand #tigerkingdom ❤️ what an experience!!!❤️

Sushmita Sen, while on a vacation to Thailand, was seen petting a tiger in the tiger kingdom! That’s an amazing way to add adventure to your trip. No wonder she’s Miss. Universe!

No! we’re not talking about Mickey Mouse, it’s the Permanent Roommates star, Sumeet Vyas who’s giving us major travel goals with his candid shots while on his vacation to Portugal with his friends! Miku yaaaaaar…..

The rumored couple, Kriti Sanon and Sushant Singh Rajput went snorkeling in Mauritius with a couple of friends while shooting for a film. Who said you can’t explore while on work?

Naagin enjoys near the trees

It was my beautiful day ❤️

The TV sensation, Mouni Roy was captured enjoying a swing in a filmy manner, in between the meadows of the woods. Now that’s how you vacay, in a filmy way!

Parineeti Chopra looks as if she is all set to explore the city of Lisbon once she’s done studying the map. Though a little old school, but I think it’s the best way to start exploring a new place.

Not everyone has a husband and not all of us are solo travellers, but for them there is PacknFly. So now that your favourite stars have given you that adrenaline rush, what are you waiting for? Get.. Set.. Explore.