Ouch! I fell in the pit called love at the Eiffel Tower. 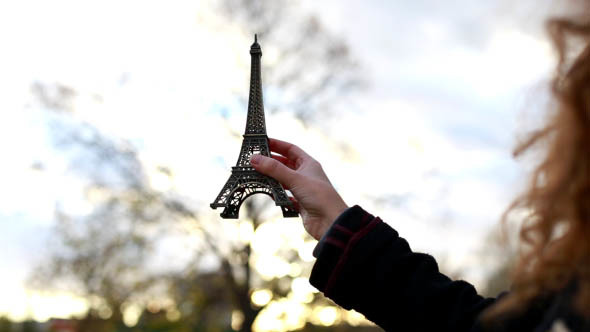 “Eiffel Tower is always a good idea.” In the year 2016, I moved to Paris to pursue my Post Graduation in the field of journalism. It was the first time in 26 years that I had to move away from my family, my friends, my usual life, in short, my comfort zone! But I always wanted to excel in my career, then why wasn’t I happy? I was in Paris, “the city of love” then why was I feeling so claustrophobic? I thought it was the usual feeling of being homesick but as the days passed by I just started feeling less of myself.

After three weeks of consecutive studies, I hadn’t performed anything which should have been considered as out of the box, I thought as if I am losing my creative touch. I consulted the University counsellor and she advised that I needed to fall in love and I thought to myself, “seriously? Was love a pit named in Paris where people went and fell? Why are these people so obsessed with the idea of love?” Nonetheless, as a long weekend was around the corner I decided to step out of my University and explore what Paris had in stock for me.

Somewhere in between those lost streets of Paris, I realized that studying French in school wasn’t really that bad a decision, I mean sure I was put in a different class than that of my friends which were really disheartening but today, I was able to order my food, ask for directions and explore the essence of the city in such an impressive manner. Wow! I never knew I was capable of that.

One of my friends told me to visit the Eiffel Tower at the end, later at night. But honestly, I was too tired to take another step and what was so special about it anyway? It’s just another tower, and I had already seen it in the movie Queen, which reminded me, why hadn’t I fallen in the pit called LOVE? Does it really exist? Paris was really beautiful, and all, but their ideology of love was way too bonkers. That’s what I thought, till then. 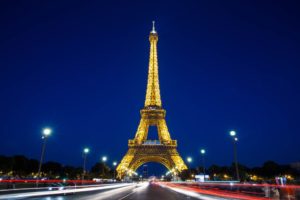 My lazy Indian mentality of “Ab aaj aaye ho toh dekh lo, roz thodi uth ke aoge” dragged me to the Eiffel tower anyway and there I was, standing beneath a tower of shimmering stars. A tower as big as my dreams and as radiant as my life was going to be if I accomplish my dreams. So this was it? This was what brought me to the Eiffel Tower? The aura, the vibe and that breeze of freshness filled me up with multiple emotions. The feeling of accomplishment, because it was my hard work which brought me here, a step closer to my dreams. The feeling of pride, because I earned this scholarship as I was deserving enough to be here. The feeling of gratitude, because my parents supported me through thick and thin. The feeling of happiness, because after having survived some worse of the times, a few heartbreaks and failures, I was there, exploring a city and leading a life on my own. If I had come this far, I could totally cover the rest of the journey as well.

I didn’t really realize what was the Parisians idea of love, and I didn’t even find any cute boys like Kangana did in the movie Queen but that night, I did fell in the pit of love, with Eiffel Tower, with myself. All this time, working towards my goals, moving in and out of relationships, living in a chaotic society, I had forgotten myself and the idea of my ‘LIFE’ being special. This was why I felt incomplete because, amidst all of it, I had lost myself. Lost in the streets of Paris, I found myself and trust me; it’s the most precious gift to get found. 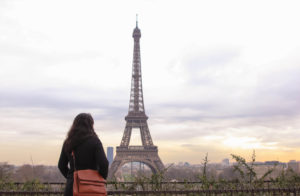 So go out and explore, discover and get discovered. Who knows, you’ll be able to find a pit of love as well? Click here to book your tickets now.